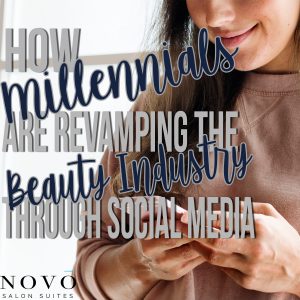 One of the most groundbreaking characteristics of social media is that it connects consumers and entrepreneurs directly, giving businesses the opportunity to better understand and serve their clientele.

It is because of this unique dynamic that millennials are now cashing in, using online platforms and apps to develop and push their own products, disrupting an entire industry. As Natalie Robehmed explained, these young, rich kids are the “selfie-made billionaires,” and their stories are inspiring others who may have never imagined they would come this far thanks to their Instagram account.

Influencers and Celebrities Find a Gold Mine

Kylie Jenner may have not been the first millennial star to use her popularity online to make money, but she is one of the most successful.

Her cosmetics line, Kylie Cosmetics, launched in 2015 exclusively online, is now worth $900 million. And as Jenner herself explained, she doesn’t spend any money on ads.

“I don’t do commercials,” she told reporters. “Social media is the only way I push it: Snapchat, Instagram.”

Much like Jenner, singer and Barbados native Rihanna introduced her Fenty Beauty line on Instagram. Then, during the 2017 New York Fashion Week, her cosmetics brand was officially inaugurated. Within a month, it made $72 million in earned media value, bringing in $100 million in sales in its first 40 days.

According to Newsweek, it is clear that it was Rihanna’s and Fenty Beauty’s “social media game” that made the brand so popular. It’s the same tool that other successful women used, even if they didn’t have the fame both Rihanna and Jenner had prior to launching their lines.

That’s the case with Emily Weiss.

While working as an on-set styling assistant for Vogue, she launched the Into the Gloss blog in 2010. As the blog’s popularity grew, she launched herself into the beauty-product business in 2014. On March 19, 2019, her direct-to-consumer brand’s value reached the $1.2 billion mark, making hers one of the most successful cosmetics brands in the market.

But Weiss isn’t the only one. Thanks to YouTube and Instagram, several bloggers and makeup artists have won millions of followers by flaunting their skills and personality.

In no time, they, too, have launched their own brands.

Huda Kattan may now be worth $500 million thanks to Huda Beauty’s popularity, but she didn’t become wildly successful because she was a celebrity. Instead, she began by sharing makeup tutorials, beauty tips, and how-to videos both on YouTube and Instagram. In 2013, she launched a line of faux mink lashes, which sold out on its first day.

Noticing how popular she had become online, she launched Huda Beauty the same year. Within the following 12-month period, the company grossed $1.5 million. And according to Forbes, the brand is expected to have made $300 million in revenue in 2018.

To the Iraqi American, things wouldn’t have turned out this way if it wasn’t for social media. After all, she told CNN, Instagram “was the catalyst that changed everything.”

“It changed the dynamics in which people not only communicate but are inspired as well.”

Michelle Phan, another successful beauty-industry entrepreneur, has a similar background.

After her makeup tutorials on YouTube went viral, she started Ipsy, a makeup subscription company in 2011. Within five years, the firm was valued at $800 million.

In 2013, she struck a deal with L’Oreal, launching EM Cosmetics.

At a net worth of $50 million, Phan doesn’t seem to be slowing down any time soon.

When asked what made her success possible, Phan told reporters that “influence is the new power — if you have influence you can create a brand.”

Disrupting or Transforming the Industry?

Weiss, who kept an eye on the beauty industry for years before her business launch thanks to her Into the Gloss blog, explains that she quickly realized that social media had changed how customers bought and discussed beauty products.

Speaking of the beauty industry, then mainly made up of major conglomerates, she added, “it’s difficult for them to innovate.”

That’s why so many entrepreneurs have been so successful using social media.

“Beauty has really gone online,” she explained. “Because that’s where the customer is.”

Without realizing it, Weiss’ insight illustrates just why freedom is so important.

If the beauty industry had been completely shut off from competitors, established firms that dominated the market for years would not have been able to learn from their competitors. Worse yet, there would be no competitors, as individuals like Phan, Weiss, Kattan, Rihanna, and Jenner wouldn’t have been able to use their influence online to launch their own brands.

As big firms such as L’Oreal partner with newcomers, they learn to talk to an audience that had been previously out of reach. If anything, this shows that even established firms can learn from their competitors and stay relevant as a result.

This is not our content! Because this article was so awesome, we wanted to share with you. To read the original, please visit: aier.org

Why You Need A Facial Right Now

It’s always important to take care of your skin, especially during the drier months. Facials…